Preparing for IPv6, Pt. I: Why Are IT Organizations Dragging Their Feet on IPv6?

Preparing for IPv6, Pt. I: Why Are IT Organizations Dragging Their Feet on IPv6?

Many in IT have known for years that available IPv4 addressing space is going to run out. After all, that’s why there is a push by big technology companies like Google to promote IPv6, and as one of the largest web providers on the internet, Google even has a site designed to help prepare for IPv6.

Yet, although IPv6 adoption is on the rise, it still doesn’t match the expected lack of addressing that will start to become a problem in 2014.

No Incentive for Converting to IPv6

There’s been little incentive for many IT organizations to completely switch to IPv6. Luckily, many IT professionals are acutely aware of the issue. As a result, most businesses have been doing their homework, making sure when swapping out devices that the replacements are IPv6 compliant.

However, a number of these new devices are not being configured for dual IP capability, even though they are capable of doing so. This generally has to do with a desire to reduce any sort of complexity in a network. Many IT pros, for example, have been disabling IPv6 configurations on newer iterations of Windows Server to reduce potential problems.

A common misconception about IPv6 adoption is that it is the carrier’s responsibility to provide their customers with new addressing. This is partially true, but the reality is that the majority of U.S. carriers are already supporting IPv6 on their backbones. The real issue resides on the rest of the network, usually from gear that is owned by other businesses. 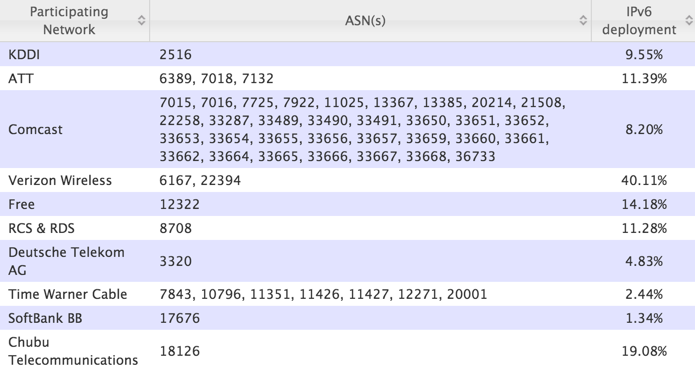 Take Verizon Wireless as an example. Their network currently has over 40% of devices running on IPv6, but that’s because of the carrier’s model. Every two years, Verizon’s wireless customers’ contracts run out, giving them an opportunity to upgrade to a new device, which are now running IPv6. IT organizations are not being offered any sort of similar value proposition.

Running Out of 32-Bit Numbers

Yes, the simplistic answer regarding the purpose of IPv6 is that the internet is running out of 32-bit numbers, obviating a need to switch to 128-bit. In some sense, that concept is being lost, as many believe that band-aid solutions such as network address translation (NAT) can be used to temporarily solve the problem. That might be sufficient for internal networking purposes, but the reality is that as more devices hit the internet as a whole, this idea is not going to suffice. 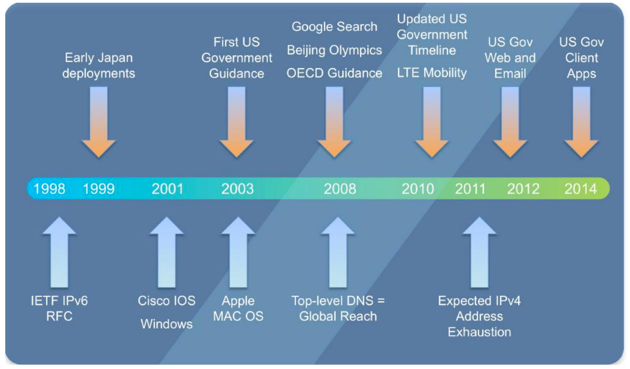 Too many companies are dragging their feet on IPv6 adoption. Image source: Morse.colorado.edu

IPv6 will be a critical business advantage over the next few years. A number of companies are dragging their feet on IPv6 and will continue to do so until issues begin to arise that affect business operations. Businesses behind the IP curve may experience connectivity problems, a loss of device functionality, and possibly network outages.

To ensure a smooth transition for your operations and customers, it takes proper planning, implementation, and testing of IPv6 addressing for IT organizations. If you have IPv6 transition questions or needs, get in touch with our experts at Mosaic NetworX, and stay tuned for tomorrow’s post on how to prepare for IPv6 with tunneling and dual IP configurations.